"I received an email telling me it was over.
I didn't know how to respond
It was almost as if it hadn’t been meant for me.
It ended with the words, Take care of yourself.
I followed this advice to the letter
I asked 107 women (as well as two handpuppets and a parrot), chosen for their profession or skills, to interpret the letter.
To analyse it, comment on it, dance it, sing it. Dissect it. Exhaust it.
Understand it for me. Answer for me.
It was a way of taking the time to break up
A way to take care of myself.”
- Sophie Calle, 2007

In 2005, French conceptual artist Sophie Calle received an email from a lover (X) informing her of his decision to end their relationship. It was the very particular phrase that X chose as his sign off:  “take care of yourself” that struck Calle most painfully. She has referred to it as a Pilot-esque hand-washing gesture – the implication being that she should assume the role of caring for herself because X will no longer be doing so. Faced with an email that did not seem to correspond to her experience of the relationship, nor invite an open dialogue, Calle sought advice from a close friend. Soon after tapping into this resource of female knowledge in the form of her friend, it occurred to Calle that she could tap into a much wider pool of female knowledge, seeking advice and inviting responses from many women. First exhibited in the French Pavillion at the 52nd Venice Biennale in 2007, Prenez soin de vous (Take Care of Yourself) consists of the   analysis, comments, dancing, singing, dissecting, exhausting, understanding and answering of 107 different women to X's break-up email.

Calle is an artist known for working from starting points of constraint and text, the photography in her works appearing almost as an afterthought. In many previous works she has not minded if she did not take the photographs herself, or they are not objectively 'good' photographs. The images she uses generally provide a visual reference point, but do not always intentionally act as the core expression of her work. Yet she is widely described as a photographer, even having won the Hasselblad Foundation International Award in Photography in 2010. In Prenez soin de vous a photograph of each woman reading the email acts as visual evidence of their engagement, a thread to tie the disparate collection of responses that vary between paper-object, video and audio.

Prenez soin de vous is a work that operates on a number of levels – perhaps as many levels as there are participants (107 women, two puppets and one parrot) plus Calle herself. The participants were chosen based on their particular professions and skills, so the email is put through a keen analysts’ eye, transmogrified into a crossword, sung, danced, laughed at, judged… Some of my favourite interpretations are eviscerating: the Italian comedy actress Luciana Littizzetto reads the letter aloud in a domestic kitchen, scoffing and peeling onions that result in ‘crocodile tears’; French adult performer Ovidie reads the letter to a blow up doll across a table, moving other dolls on and off the table between them. Other, colder interpretations include proofreader analysing the email for grammatical mistakes, editing the style of prose and a crossword creator turning the words of the email into a crossword. Yet within all this there are suggestions of a softer approach, for example Spanish film actress Victoria Abril takes X at his word and suggests that perhaps a real-life rendezvous could be a step toward a solution.

In his email X, as author and initiator of the break-up, has placed Calle in a very particular narrative framework. By telling her that he contains a force which he cannot tame (seemingly that of needing a self-described ultimately destructive intimacy with more than one lover) in a form to which she cannot reply in ‘real-time’ X takes complete control of both the narrative and timeline of the breakup. His is the choice (though he tries to off-set this responsibility to his uncontrollable inner nature) to end relations between himself and Calle. He establishes and retains this power through his use of language and narrative drive, and Calle herself has commented that the email comes across as more literary prose than genuine expression. The break up has already happened by the time Calle reads the email and the carefully composed literary prose of the email makes an assumption that he can ‘speak’ for both of them – that he is expansive enough to contain both his own and her voice.

Calle remarks within an interview in Art Review that a woman would not have written this email, the reporter writes she cannot back up this statement – but I believe that I know what she means. A woman is so heavily conditioned to take care of others’ feelings that she would not end a relationship (however slight) with something as dismissive as an email. The arrogance of X’s approach to the break-up, completely stripping Calle of her voice and walking away, is not an uncommon break-up scenario. It is well known that women take on the emotional load within relationships, leaving men largely footloose and fancy free – enough that as Calle herself points out she is lucky to have even received a break-up email as many men would not bother with even that small courtesy.

With the mode of break-up digital, and the break-up essentially having already happened, Calle is forced to look for another mode through which to try to wrest back control of the time it will take for her to emotionally disinvest in him. In a well known quote often attributed to a discussion Margaret Atwood had many years ago with a male friend “men are afraid that women will laugh at them… undercut their world view”.

So Calle takes this email in it’s logically determined of ‘break-up letter’ and by disseminating it to intelligent, witty women undercuts X’s point of view through humour. She destroys the email’s logically determined form through the power of the wider female collective who play with the form of the email – creating music, crosswords, magazine spreads and a secret code. Through the dismantling of X’s prose, the email transcends it’s intended form and Calle simultaneously transcends the narrative that the author of the letter intended for her.

I write this 'Thoughts On' in the midst of a global pandemic, thirteen years after the work's debut, not having seen Calle’s complex multi-media installation in person. It is not easy to write about a work that comprises of a collection that cannot be fully accessed or experienced through my 13” laptop screen. Perhaps this is why, as I write, I have begun to understand my text as another response laid on top of the layers of responses and texts before me: there is the original email; Calle’s invitation to women inviting response; the women’s responses; the exhibition texts; Calle’s book of the work; all the reportage on the exhibition and further academic analysis... then me, here, experiencing and responding not only to what I can grasp at as Calle’s work, but also beginning to respond to the original text as if I, too, had been invited to.

Could that sense of an open invitation, in any way, have been at all part of Calle's intent in releasing this email out into the world? The author of the prose well and truly divorced from the text, layer upon layer of response and analysis now in existence, forever attached to the morphed email, a complex web of art-theory and analysis growing

upon year as new students and academics discover and write about it: the dissecting and undermining could grow on forever. It's quite the perfect spurned lover's revenge.

Further Reading on Calle and her work: 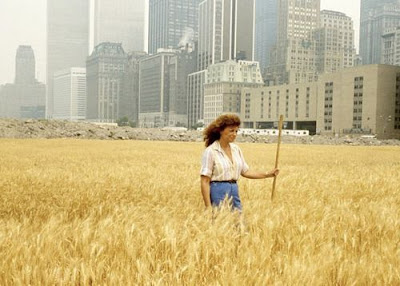 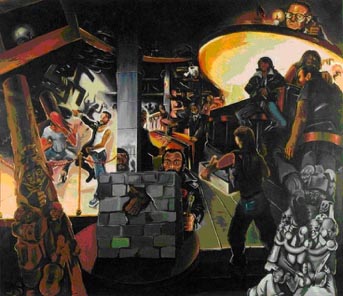